Only a few weeks ago I was on the other side of the world, enjoying the summer sun and taking in all the amazing sights America had to offer through the window of 1965 Ford van, the honeymoon had to end at some point, I had to return back home and get back into my life. It’s been a blast of winter for all of us in Victoria, it’s been windy, cold and the rain has hardly let up. It’s not all bad news though, Im still not back at work after severely cutting through my finger with the angle grinder, i’m on a waiting list for surgery and in the meantime I am making the most of what I can do. Let me start by saying I love my garage, but in winter I wish it was twice as big. Over the last few days I haven’t even been able to open the door due to the wind and the rain, I am making do with what I have and building the PS13 underneath the RPS13. 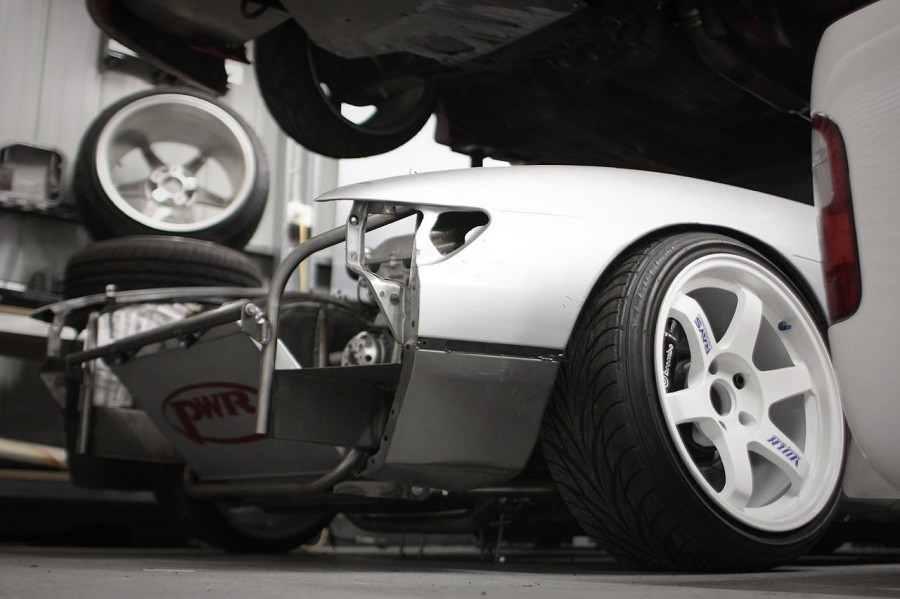 I started with the front end, the radiator needed to be mounted to a removable bar, this bar also had to hold the headlights in, this time the radiator is mounted on insulated bosses, and the bar is held in on tabs welded to the uprights and M10 bolts in either end. Its all very low and well back, the motor actually sits over 120mm further back due to my handy new firewall. 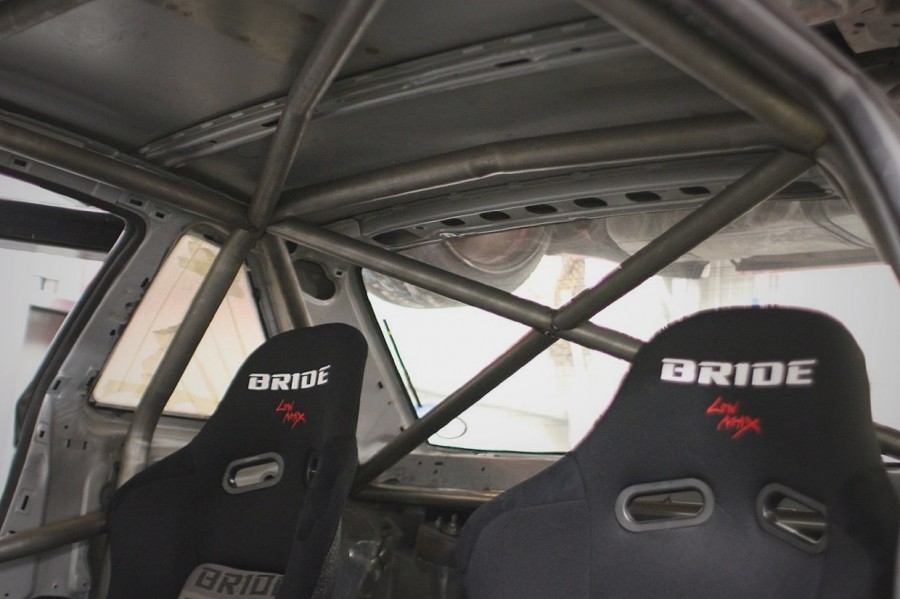 After that was all done I moved back into the cabin, climbing in and out, around the hilux and motorcycles numerous times to measure, cut, mark and scollop the tubes for the roll cage. With the rear section, roof, door bars and tunnel now all made and tacked in I will break the tacks with a chisel (usually 2 good hits will break them) prepare the cabin for the cage, clean the tube, vacuum the cabin and then weld it all in. Will I TIG weld it all or MIG weld it all? I haven’t really decided yet, I am swaying toward MIG welding it all up, I have the little 200amp MIG tuned up pretty well so I might blast it all with that. I am hoping I can atleast get the majority of the chassis work completed before I have surgery so while I am one handed I can hand the car over to a panelbeater to repair the damage to the body, paint the interior and engine bay before the good engine goes in. I had planned to build a motor myself, after all SR20s are fairly straight forward engines, then I spoke to Johnny at North Geelong Engines before heading to Queensland Matsuri, they arnt strangers to high HP NA SRs either! This cars been shed bound for far too long, in some respects I have just let it sit there because my feelings on what I want it to become had not been strong enough to get involved to this degree, I think its the culmination of the Hilux being finished, the 180SX finished, my skills being at a level to do the car justice and now I have the time to invest in something that I have wanted for so long. When summer comes around again I hope this car can soak up the sun like it did so many years ago.