It’s been a while since I have updated this build, to tell you the truth I almost gave up on it all together.

Before I left for America I hit a roadblock, the lower frame rails I had made up just weren’t working, I went over and over every scenario to make them work but it just didn’t. I think my brain works in mysterious ways, good things usually come from the headspace I have when I am away, I think it also had something to do with the “vintage chopper” obsession I had is now soothed and the Harley is on its way home, better get this done then!

After Dean and I took a whole days ride down the coast in our 250’s I couldn’t help but think about how fun a lighter more powerful bike was going to be.

Riding home that afternoon in the freezing cold I vowed I would make enough changes on this bike to keep progressing, even if it did mean taking two steps backwards.

After opening up the garage I filed off the welds and removed the frame rails. A few cuts and scallops later I was back in love.

The new angle of the down tubes suits the bikes look perfectly, the motor seems at home in the new look frame.

With that new found enthusiasm I braced the swing arm, added more tack welds and finished the rear axle, the chain needed a relief in the frame so I got that done, then worked out how far to shift the front sprocket out for the 200mm rear tyre.

I added some gussets into the top and down tubes for some added rigidity and style, I’m loving the look it has now. Of course all of this could be done out of straight tube but just like the Hilux I believe in going the extra mile to make what I build stand out.

I can’t wait to get it down on the ground and see what it looks like rolling in the driveway, I hope I can keep the weight down to sub 90kg. 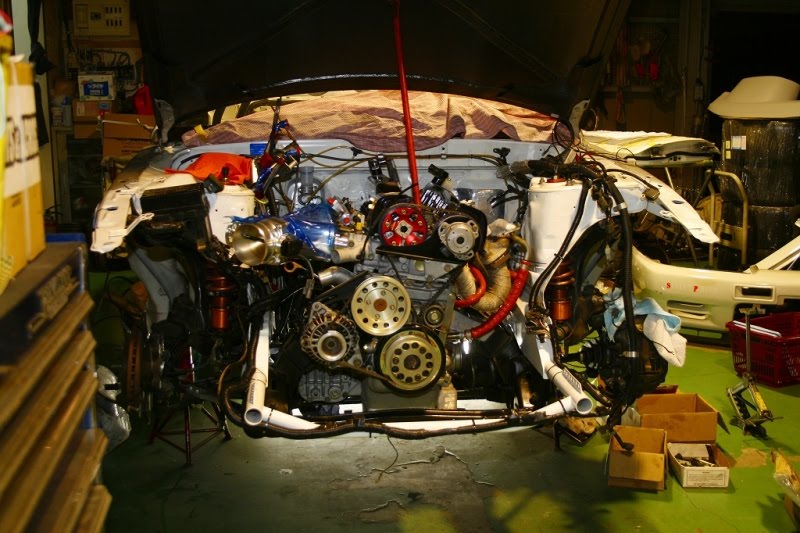