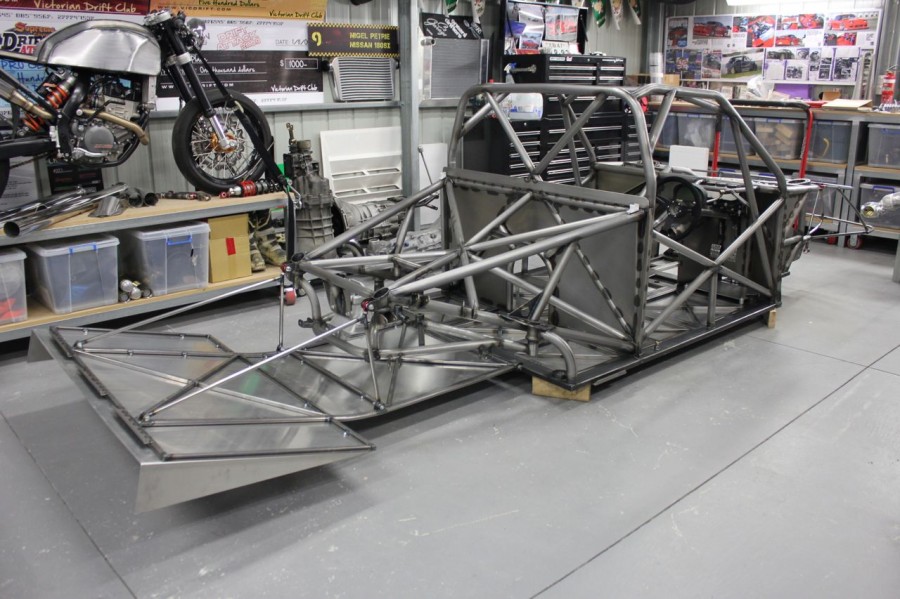 The other day I was in the garage, I fitted up the front end panels on the Hilux, stood back and spent a few minutes thinking about whats next? The reality is I’m running out of jobs on it and it got me thinking.

Thinking about the days that the build consumed me so much that it effected me as a person, the long nights spent in the garage would effect the next days mood, if I progressed on the build and went to bed happy I would wake up, leap out of bed, cook breakfast and head to work looking forward to knocking off and doing it all again. If I didnt progress on the build and spent long hours getting nowhere I would head to bed feeling dejected and the next day would seem to take an eternity until I could get home and try and fix whatever it was that wasnt working. There were entire months that went by with me feeling this way, on anything else there may be another way, spend some $$ or employ some more people but this was all on me and I was the only one that was going to get out of it.

Its that constant struggle with a build that I think I will miss the most, if I had the choice I would build project after project for the rest of my life. The satisfaction of working out problems, ticking off jobs and looking at a little area of the build as a finished piece is certainly a drug and you begin to need it all the time. Some stages of the build im buzzing because every little job I do makes a big difference, but on the flipside theres equally intense feelings when it seems to take forever to get nowhere. Of course I love driving aswell and thats the transition the Hilux will take, from full time build to full time drift car, Im looking forward to proving that everything I have done will work on the track. Im not interested in competitive drifting and that may seem odd to some but I just do it for the enjoyment, I like being part of the elite scene but have no desire to build anything that will desimate the competition, the Hilux is merely my interpretation of my ideal drift car using regular parts to their fullest by removing weight and placing those parts in the places I believe they need to be. So two and a half years on from this point a lot has changed, I want to thank everyone for their support and those that financially supported me by simply picking up a T or a sticker, my day job is a regular wage, I have no sponsors, I have no outside support and this build would not have hit the level its at if it wasnt for you at home, this blog has gone from strength to strength and I have plans in the works to keep it heading that way, but will there ever be another ETS project like the Hilux? I feel it would be a waste of all those lessons learnt along the way with this build but then again I cant put life on hold forever.

That being said I really want everyone who has helped me to be a part of the first public outing to thank everyone for their involvement in the build, every T shirt, like on facebook and pageview on this website makes a difference to the finished product and you need to see it for yourself. Stay tuned, ill let you know soon.