Tour of NZ – The show hall

Since the Hilux left my sight at the end of 2013 I have been anxiously awaiting the week that has just gone. The personal pressure was immense, a lot of things had to fall into place and I am happy to say they did. Myself, my fiancee Celia and my film director Matt all flew into Auckland early Thursday morning, we all knew what was ahead of us, we all had a very important job to do and we all worked hard to achieve the best possible outcome. We met Azhar the man behind the 4 and Rotary Nationals, I was reunited with the Hilux and we quickly set up the show hall for the unveiling on Friday night. After the unveil night I shifted the Hilux into the show hall, gave it a wipe down and covered it up ready for thousands of eyes to be all over it as they gates opened the next morning. Its been a while since I have been involved in a show and this was the first time I have ever built a car that has been the main attraction, it was great to meet everyone, hear their thoughts on the build, do interviews and check out some of the other amazing cars on display. NZ has always been a country of high class hardcore drift car builds and to see them in the flesh was something else. I was eager to get out of the show hall and hit the pavement, 4 & Rota Nationals has always been half show and half drag, the scene was set for the Hilux to go down the strip on the Sunday and I was eagerly awaiting to see if it would make it to the end of the 1/4 mile. Read about that in the next post. Marcus’s BMW RE is such a cool car, its the DIY culture in NZ that really sets it apart from the rest of the world. This car was my favourite from 2013, I love the way Carl has gone about this build, hardcore yet understated and clean. Can you tell I got inspiration from the interior layout? 1000+ HP means the big body gets moving too, wish I could have heard it fire up. Mikes Madbull and Badbull where in attendance too, iconic cars that Mike uses to dominate the D1NZ series. See what I mean about this car show? Hugos D1NZ chariot looked amazing in purple, last time I laid eyes on it it was brown, good move! This S15 stopped me dead in my tracks, I wish I could have seen it out of the hall with some space to take in the full shape of it. 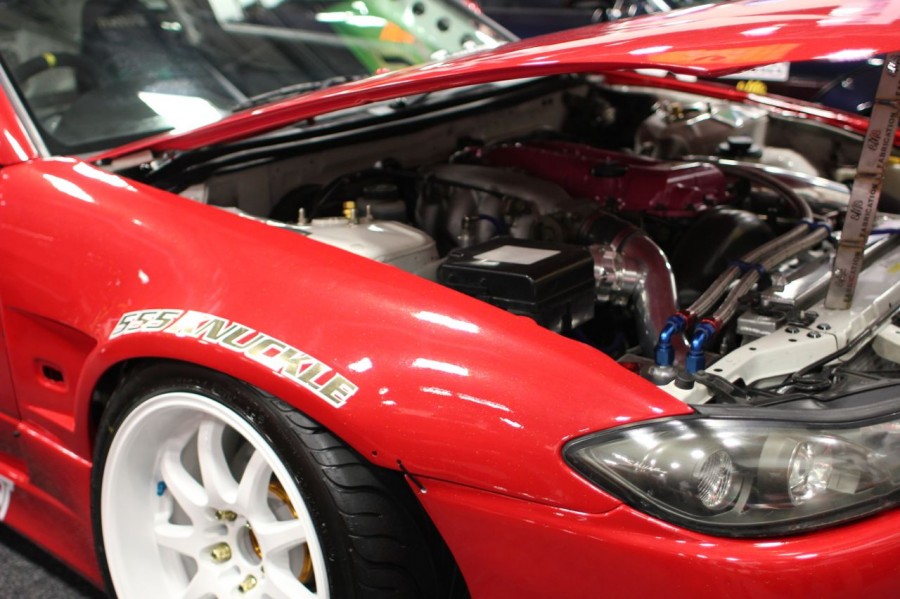 The Nationals always have a strong drag presence I was dwarfed by the other cars that came from Australia, this sounded as good as it looked. Check this out, the boys from GT Refinishes do some of the best bodywork in NZ, in their lack of downtime they threw together this golf cart to bring to the show, see any resemblance to a certain drift hilux? Thanks guys I was blown away! I have so many photos but Ill leave it here for now, if you get a chance to visit NZ then make sure you check out the 4 and Rotary Nationals, it gets better every year.