Its been such a busy time lately getting everything sorted and ready for WTAC, from the pit setup, 180SX prep, lists apon lists of things to do and then the added pressure of having the Hilux 100% ready to go without ever actually putting it through its paces started to weigh me down.

Winton raceway have regular friday test sessions so I quickly made the decision to head 3 hours up the highway and have a drive.

Thursday night I loaded the Hilux in the trailer then packed all my tools, spares and fluids with the hope of not having to unpack any of that on the saturday.

That didn’t exactly happen because of some wastegate issues but those details are in this post.

So I got to Winton friday morning after leaving home at 6am and started unpacking the trailer, Its so good to be able to actually give it some revs without upsetting the neighbours.

I changed the rear wheels from 9.5+0 to 9.5+15 so my guards would be preserved and did a quick alignment by eye.

I should have made up a fishing line alignment tool before leaving but thats on the things to list before WTAC.

I have never properly driven the car with the body on so I was hoping a lot of things would go right, one of them was my seating position.

Of course I always wanted to be super low for a lot of reasons but I wasnt 100% sure if my position was too low.

Turns out its spot on and the apexs are easy to see. The reaction from all the guys in the pits was great to see, I love it when someone who hasn’t seen the build sets eyes on it for the first time, the deeper they look into it the more they smile, soon enough they bring their friends over and they all begin to smile aswell.

I suited up and put my new helmet on, I can’t stop looking at this and it feels as good as it looks.

I also trailed my Hans Device, I picked this up off a bloke selling it second hand but not used, these are a great device as they allow you to look around but it tethers your helmet to your body by the way of the harnesses stopping you from breaking your neck in a heavy impact, its personal preference to run one of these or not but you cant deny that your neck is vulnerable in an impact.

I rolled out on to the circuit and quickly warmed the tyres.

Lap after lap I found more and more confidence with the car, everything worked well and its turning, braking and accelerating ability was insane.

It actually surprised me with the amount of rear end grip it had considering theres only 380kg over the rear wheels.

The swaybars worked great and really came into their own on the longer corners keeping the chassis flat, I still think they are too stiff but they are on the softest setting so it will have to do.

I managed to get some drifting done but being frowned apon at these test days I had to limit it to some exit and entry slides.

All day I had trouble keeping the boost either up or down, from inside the cabin I could hear the wastegate staying open when it shouldn’t have been, It would then suddenly close and stay closed for too long creating a boost cut, after logging the runs on the LINK ECU and calling Andre from HP Academy we quickly worked out it wasnt the ECUs or the MAC valves fault.

I did a session with the wastegate on spring pressure and it soon became very apparent what the problem was.

Not having another wastegate or any spares meant id miss the last session and have to call it a day.

Overall it was a positive day out, I gained confidence in the car, found a few faults and have the luxury of being able to fix them at home.

Now my list of jobs to do is getting shorter WTAC must not be too far away. 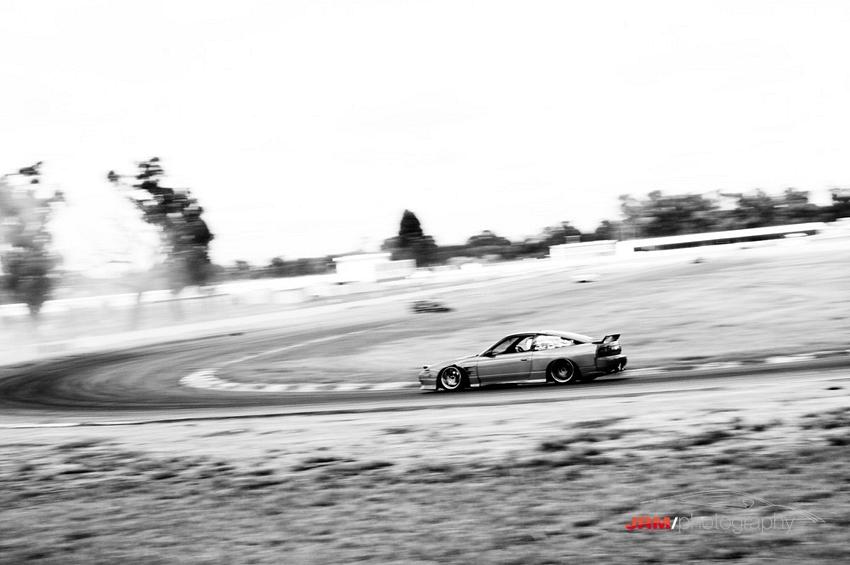