It has been a busy couple of weeks. Im going to try and fill you in with whats been happening. 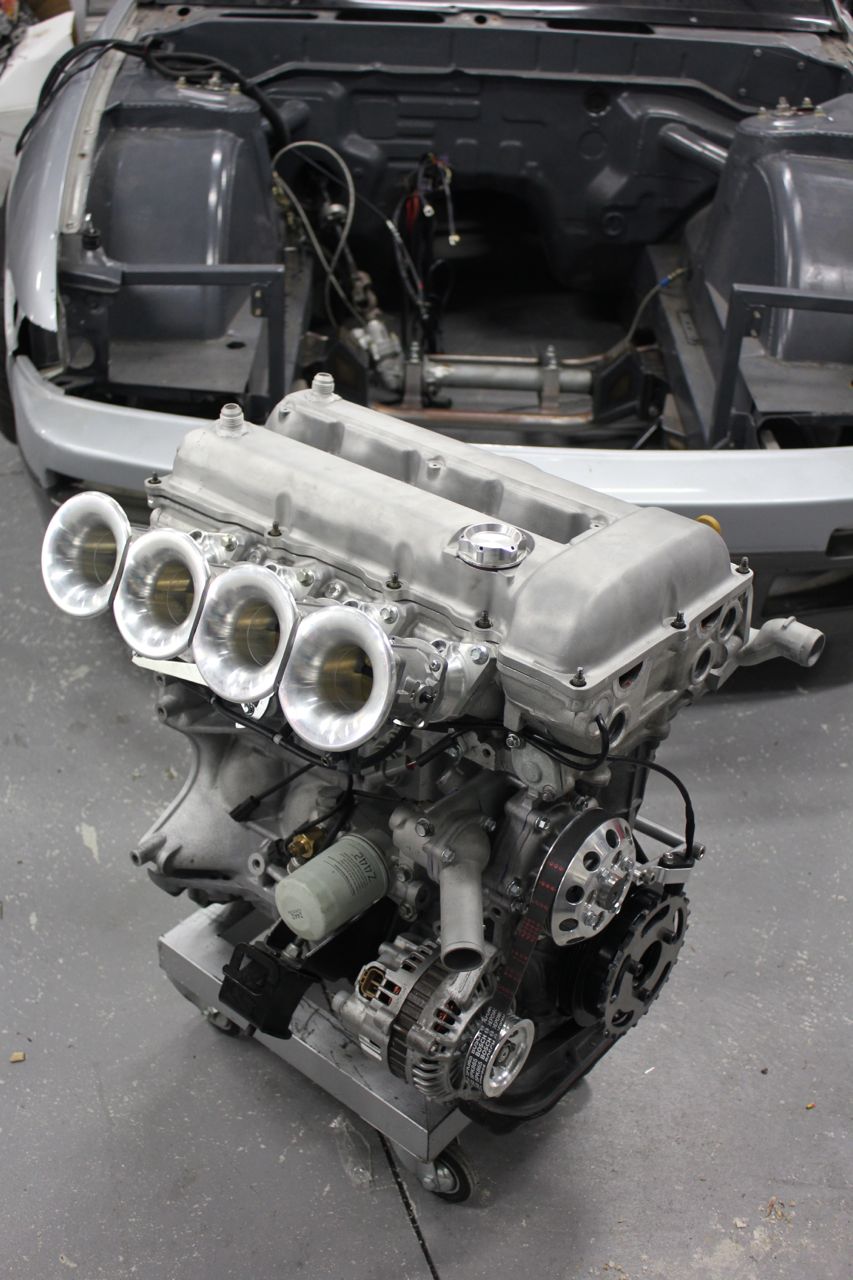 If you read the last post you would have found it hard to keep track of whats been going on with the NA SR build. Ill try and summarise it for you.

-I decided to leave the motor that was in it and try and fire it up, this motor was a freebie and looked pretty rough.

-Turns out it had a spun bearing and after getting it fired decided to go no further with that engine.

-My job was now too change engines (which I had) So with that in mind I removed the spun bearing motor, pulled it down (turns out its perfect apart from worn cam lobes and a spun bearing so it will be rebuilt with new internals) and fitted everything onto the fresh motor. So today we had a decent motor, an almost complete loom and 8 hours of time to spend on the PS13. Im using a Link G4 ECU the same as in the Hilux, its a great unit and will do everything I need and a whole lot more. Martyn from VE is now making these super neat ECU cradles with built in fuse and relay panels. Once in production these will be sold to those who want a clean and easy ECU install. This car uses the loom that I made for my very first 180SX drift car, theres a bit of chopping and changing but after the rework I have planned for the chassis it will all be neatened up. It was really good to fire it up, spend some time getting the base timing set, clean up the mixtures and get it running cleanly.

Thanks to Grant and Martyn for their help today. Check VE out on Facebook or at their new website