This weekend is the Clay Classic at Sam Smiths place, you may remember Sam got in contact with myself and Joel from Earnest and indicated that we should come out to his place after the NZ premier of the Flats movie, well we did and it started a tradition, the Clay Classic!

It’s the morning after the Clay Classic, I am sitting here at the Auckland airport waiting for my flight back home. The ache of my body reminds me of the good time I had yesterday.

The more time I spend in New Zealand the more I feel at home, besides their crazy words like Strops (straps) Jandles (thongs or flip flops) Chilli Bin (esky) and Tramping (bush walking) I think I would be happy to call this beautiful place home.

It’s not just the scenery I love its the people I have met along the way, Joel and Beth picked me up from the Airport and despite only having spent a handful of days together I feel like family, Joel is hard working, committed and passionate about the Earnest label he created; Beth is all these things as well, her focus is firmly on the Feldon Shelter roof top tent co, together they make a formidable team that would inspire anyone looking to create their own business.

None of this would be possible without Sam Smith though, Sams interest in Flat Track was cultivated much like my own, we both lived in a country that was without the traditional style of flat track, when I say traditional I mean the type of oval racing that was prevalent in the USA from the 60’s all the way to present day, short and long track bikes using the 19 inch rim and tyre combo, lower suspension and under-slung pipe have a certain style about them that begs you to be involved.

Sam has a long history in both Road Racing and Motocross, he returns to his dads property to hone his skills whenever he gets the chance and lately hes been slaving away at something really special, his very own Clay short track. The last time I was out at Sams place the track was simply just a dirt oval, we had so much fun that we all vowed to do it again and Sam being Sam put the work in to make it truly something to remember.

Kiwi ingenuity is a pretty special thing, it’s nothing new either, there are hundreds of motorsport success storys that come out of this small country, Sam would be the last guy to admit it but there was a moment during yesterdays competition that I sat back and truly appreciated the vision that Sam brought to life, there would have been around 50+ riders, all raving about the experience, family’s with kids on Pee Wees, a BBQ breakfast, Sals Pizza for lunch and an atmosphere that even the most experienced event promoters would struggle to emulate.

When I first rode Sams KX450F it already had the suspension set up, the 19 inch wheel set fitted, it was a formidable machine that I struggled to see how he could make any better, fast forward just a few short months and Sam’s KX450F received a freshen up thanks to an Athena big bore kit, Adam from CsGarage (Joels brother) fabbed up an under pipe, the rear suspension was refined and the tyres changed to Maxxis DTR1s, it was now ready to spit clay all over the competiton.

Oh yea that word “competition”………… Riders briefing went like this, have fun, stay safe and remember its not a COMPETITION. Grown men dressed in leathers and armor all stood silent for around 3 seconds before a cumulative laugh spread through the pits, its like I missed the memo that said this is actually a competition. I guess that is what happens in New Zealand and I started to work out why, remember I mentioned Sams racing experience, seems most of his friends have Superbike championships under their belts and this Flat Track Day was another way of sorting out who is faster.

I have this knack lately of talking to very very accomplished people without recognizing it, Andrew Stroud is one of those persons, just moments into our conversation I started to relise there was more behind this man than he was letting on, quite but calculated Andrew spoke about his history in motorcycling and I started to get a feel for this mans accomplishments. One of many NZ success story’s is the Britten V1000 that John Britten built in his very own garage, Andrew spoke about debuting that bike at Daytona in 1992 and coming within 0.1 seconds of the lap record, an incredible story of NZ ingenuity skill and persistence. The team returned to Daytona for the battle of the twins and won in 1994-5-6 and 1997 against the biggest factory teams from all over the world. Oh and add to that Andrew is 9 time NZ Superbike Champion, competed in 41 WSBK races, 20 GP races and the list goes on that includes Isle of Man and many others, this guy is royalty but chatting to him you would never know it, he seemed more interested in getting out on track than talking about the past.

With the track watered, the start banner erected and the pits setup it was time to go racing errrrr sorry have some fun on our bikes.

Adam’s CR500 was back, with its stunning stance and retro styling its still a monster that begs for a mile track and huge set of balls to even come close to getting the most out of it.

It sits next to Joels new CRF250R, Joel and Adam came together with a plan after our first outing at Sams track, build a bike on a budget that is predictable, cheap and easy to ride.

Adam and Joel got to work by respoking up a set of 19″ rims to the stock hubs, lowering the suspension themselves and setting up the bike, the guys rode the crap out of it and to be honest it looked like the most planted and easy to ride motorcycle out there, the total bill for the entire build came in at $3,650 another reason to DIY!

With all the chatting done it was time to get busy.

The old track was a good warm up area, the reason for the switch to clay was simply for it to hold together, if we had this many riders on the old soil track it would turn into a rutted out motorcross track.

The thing I love about flat track is the happy medium between expert motorcross riders and road racers coming together on common ground, each can learn from the skills gained on the flat track and better themselves at either discipline.

Vinnie P was back again and he took things up a level this time.

I headed out onto the clay.

Grip levels were insane, Sam absolutely nailed the setup of the bike and the surface.

The faster I went the better it felt.

Gaining confidence with every lap.

The bike felt like a monster on the clay, it had no problem hooking up those new Maxxis DTR1s.

Every lap was a constant fight to better the last.

I was in heaven.

With lunch approaching we all needed a rest.

Between bites of Sal’s pizza Joel and Sam came up with a lunchtime program.

Sam’s dad supplied the machines and we were treated to some lunchtime entertainment.

Sam chasing down Joel and Adam on the pre unit sidecar.

After filling up on pizza we all headed back out to spend the afternoon sideways.

That competition I was speaking about earlier started to heat up and the bar banging and grudge races started.

Battles that would last for ten + laps showed who had the stamina to keep up, Andrew Stroud definitely has a lot of it.

As the afternoon wound down the laps kept rolling and we all rejoiced in the good times that we all shared.

Mitch tried out the line that Sam integrated into the track, it didn’t take long for the crossover to happen, super cool!

As things wound down we all started to pack up, the track looked pristine, a blue line started to appear but never once did it let us down, with almost no prep during the day we were all thankfull for the hours that Sam spent getting it right, this being his very first attempt at building something like this you have to be happy with that.

As I sit at the airport and wait for my flight home I cant believe how successful this event was, there are many people to thank for this but the one I haven’t mentioned is Andrew Wills who devoted his day to get these photos for me, I met Andrew way back when I first started drifting, since then he has been a vital link for me and I cant thank him enough for being able to drop everything and try his hand at shooting two wheels, I think he did pretty damn good! 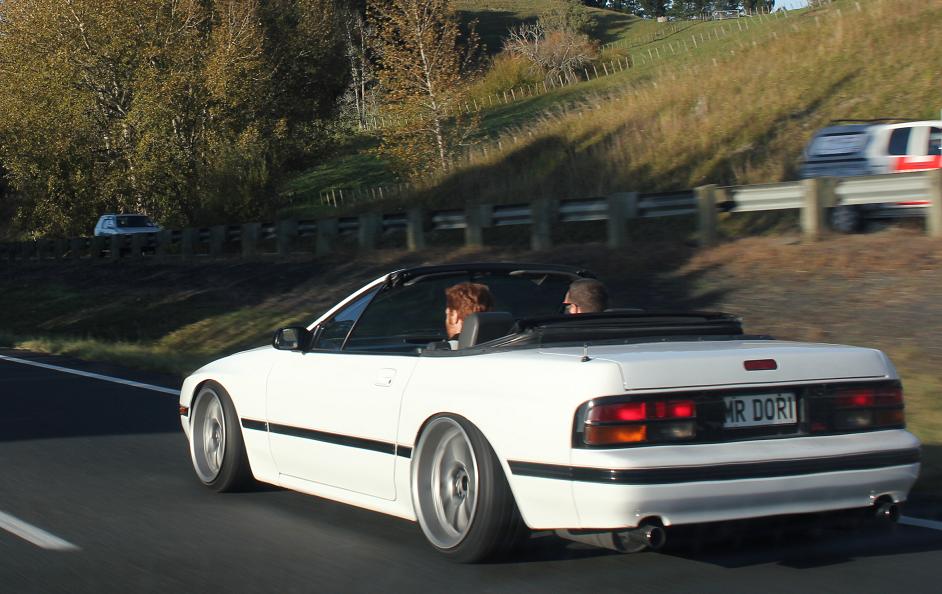