This year I decided to step back from driving and focus on doing my job properly.

As Engineered to Slide became larger and larger I would struggle to feel like I was giving my everything to the event, as a driver I was neglecting the proper preparation and head-space I needed to drive properly, as a trade stand holder I always felt like I wanted to do that better as well, interact with the fans and bring a clean and well prepared setup for people to enjoy.

So when Ian Baker called me earlier in the year I set out my intentions and went to work on bringing the S13 into a semi finished state, preparing my setup and restocking the store with a new design that kept everything inline with the direction I am heading.

It started with some research into logo designs, I wanted to keep the roots of the circular ETS logo alive but refine it in a simple and clean manor. Damon was the man for the job and after a quick meeting he got to work not only perfecting the design but laying out an all new sticker lineup that I know people will love.

With the design done 2 months in advance, the stickers and hat patches ordered, it was time to put some thought into the stand and how this would be layed out. I knew I had 6mx6m, the car would take up 6×3 and the two tents would take up 6×3 as well, inside the tent I planned to have enough hanging space for T shirts so that we wouldn’t have to be constantly stocking the racks, I came up with a simple set of 3 2m long clothes racks made from 25.4mm tube. I had these finished in one night and flat packed them into the car along with all the new stock, the trailer and the PS13 inside it.

The 10 hour journey up the Hume gives me a break and a chance to think about any details I may have missed, my VW van tows so well and my trailer is weighted perfectly, it makes for a relaxing drive. Friday morning rolled around and we were setup by the time the gates opened, from that point till Saturday night we hardly had time to rest.

I was blown away by the response to the PS13, there was the occasional “where’s the ute” but I enjoyed having the PS13 in the limelight, I got the chance to tell people about my intentions with the car, also the history behind it and the reasons why I built the NA package that gained so much interest throughout the weekend.

In a sense it was perfectly fitting to have this car at the event, WTAC has been the place where so many people had met the Hilux, the Hilux only came about due to so many parts coming off the PS13 and indecently led to its demise, for the Hilux to be finished and the PS13 to rise again at one of this country’s biggest events and to be bathed in so much appreciation really gave it what it needed, yea I know its just a car but I could see it enjoying life out of the garage.

Enough about me, I literally had 15 minutes away from the stand to have a look around, here’s some things that caught my eye (sorry I couldn’t cover more of this event).

WTAC is now its own category, when it begun cars where adapted for this type of racing, now cars are constructed years in advance to attack lap times.

If your not familiar with WTAC then its pretty simple, read the rule book, find out where your capabilities lie both in car construction and budget, then build a car and drive it faster than anyone else, its simply about getting one perfect lap and the timing isn’t just important in regards to elapsed time, its also important that you choose the right time of day, the right track temperature and finding the right setup.

It almost always comes down to the late afternoon on the final day, engines are pushed towards their limit and the dropping temperatures create a battle for the class win.

The class win happens in Clubsprint, Open, Pro Am and Pro class.

The level of construction is beyond anything I have seen.

4wd, rear wheel drive and front wheel drive, if you can make it work then your a contender.

In almost all classes it comes down to an aero battle.

You wouldn’t believe the statistics that these cars posses, juggling low and high speed downforce, grip and having enough horsepower to push this through the air.

Some do it with more style than others.

My favorite has always been the Sutton brothers S15

Each year the aero gets wider and wilder.

Keeping a splitter from splitting seems to be one of pit lanes biggest dramas, with so much downforce a splitter needs huge reinforcement while keeping it light enough at the same time.

There is always a massive contingent of Japanese drivers, the birth place for this sport is in Japan and the WTAC organizers make sure that the tradition is kept alive.

A favorite of mine is Under Suzuki, a man that returns every year with a more refined combo.

The SR20VE is hidden by all the cooling and aero aids.

Getting a jack under these aero aids is a problem, air jacks are a solution for some and an unnecassary weight addition for others.

There’s more wings in pit lane than at KFC.

Expensive and exotic cars mix with some errrrr.

Less expensive ones, at the end of the day its what you build it into and this Falcon was a monster.

As drivers these guys have the toughest job, some teams have enough sensors and load cells to be able to help out while others rely on the feedback of a driver just trying to keep thier eyes in their sockets at incredible g force loads.

Its a competitive mix of very different cars.

But WTAC is more than that.

It pays respect to the hero’s that paved the way for this style of racing.

Kings well ahead of their time.

There is something for every one.

All in the one facility for just two days.

It will have a profound impact on every single person that walks through the gate.

By appreciating the past we can appreciate the present.

Or worked so well.

It’s funny to imagine how simple an LCD screen would have made the wiring job behind all of this.

But at the end of the weekend all eyes are on the fastest Pro Class competitors, Murray Coote and his team came up winners with their Hammerhead V2 PS13, if your a long time reader of this blog then you will know I run MCA Coilovers in the Hilux, I paid for those coilovers by helping Murray on the fabrication of their V1 PS13 for WTAC in 2011.

I learnt a great deal from Murray and have the utmost respect for the guy and the way he goes about everything.

Together Murray and Barry Lock (ex Mclaren F1 engineer) built an incredible car that was driven by Australian driver Tim Slade into the 1 minute 22s to create a new lap record of Sydney Motorsport Park.

After we packed up the stand and pushed the PS13 into the trailer it was time to head up the hill, watch the sunset and relax for a night of drifting.

Initial impressions were wow, things have really gone a long way in drifting over the past few years.

The grip levels are visually improved.

By turning expensive tyres into clouds via a stack of horsepower.

More often than not by ex Nascar V8 engines with high tech ECUs and injection.

Its a recipe that’s impressive, I especially loved Rob Whites 370z, it just seemed to rev up so much faster than others.

As the sun dipped over the west of Sydney there was an unfamiliar noise that drifting, till now, hasn’t heard before.

Neither does Carl, but a heap of drama in keeping the four rotor GS300 mechanically perfect led to him not being able to show its true potential.

But it was still good to see him and the car make it all the way over from NZ to compete.

After a few beers we watched the action with over 10,000 other spectators to make this the biggest drift spectacle in the country.

WTAC is done and dusted for another year, I want to thank all the organizers for really putting Australia firmly on the map by creating such a huge show, I also want to thank every single person that stopped by the stand, had a chat, bought a t shirt and appreciated the effort I went to, whats next year going to bring? Im excited to find out. 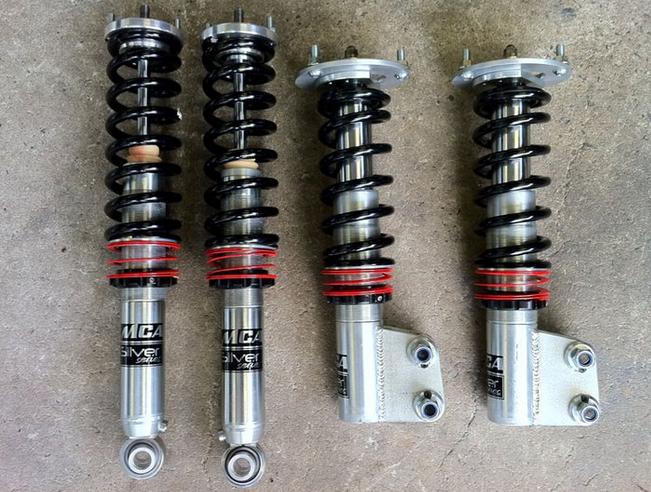