At the start of the year I wanted to take things easy, I wanted to spend 2015 finishing a few projects, I had an old Triumph sitting in the garage, that chromoly framed KTM I partially built, my PS13 and a partially pulled apart KTM that I was paying rego on.

All of that then took a back seat to the FLATS project, there was a lot planning involved and took up a lot of my time and headspace. With the record set and the adventure now firmly a fond memory in my mind I looked around the garage, said to myself NO MORE PROJECTS and promised myself to finish all the ones I started before I set out on any more Adventures.

Winter time is perfect for this, yes its freezing cold in the garage but if your motivated enough and excited with whats in front of you then you dont feel it.

It started with the Triumph, a 1951 T100 Tiger that I have loved for a long time, the factory chassis and the upright nature of the pre unit just gives it those beautiful lines, the build somewhat changed direction through the research of the flats documentary, I was fixed on 1960’s drag culture and inspired by what those guys achieved so long ago.

If I could capture a little of that in this project then I would be a happy man.

I basically had everything, the engine was in surprisingly good condition, I had big plans for it but for now I want to get it running on the factory bore and pistons, after all its a small bearing 500 motor so its never going to be a power house.

With the motor starting to look how it should I moved onto the wheel-set, I couldn’t find any reasonably priced hubs anywhere to build the wheelset of my dreams, I wanted a really small raw alloy front spool hub, then an alloy rear hub that used the stock brake and sprocket setup.

I ended up machining them from billet on a friends lathe (I still want a lathe so badly) they were actually a lot easier to do than I imagined.

I made them with 36 spokes, stock these run 40 spokes but 36 was a lot easier to machine and the wheels were available in either hole amounts.

The wheels I am using are Akront copies, they use a high shoulder and come undrilled so that any diameter hub can be used, you just drill the spoke hole inline with where the spoke needs to run. I am getting Fastline Lacing to build the wheel-set as spoking and truing is a little out of my league. My tyres are from the USA, a repop of the 2.75 Firestone rib up front and M&T Racemaster 4″ drag slick out back, same as they run way back 50 years ago.

With everything mocked up on the bench I started to get a feel for the shape.

I decided I needed a simple fork setup, the stock ones had a fair amount of rake and I wanted this to be a short little bike so I made a new set of triple clamps using 1″ 1/4′ chromoly tubes, inside these I will have 1″ chromoly sliders to create a small travel USD fork setup, I plan on using valve springs for compression travel, there wont be any oil, just brass bushes and a little grease. Basically an internal springer setup.

With the Triumph now taking shape I started to think about my KTM 450 project, since my trip to the USA I had been inlove with 70’s dirt bikes, Bultaco made some of the most amazing ones, I wanted to take a slice of the old and mix it with the new.

So I found a tank from an early 70’s Bultaco Alpina and set about making it fit, It didn’t require much, just sit it on!

From that point I started to work out the engine mount, if I ran a bit of 1″ chromoly using the same line as the tank I could hide the coil and CDI inside the tank section.

It all worked out really nice and now I have enough parts to make this run, so I sealed up the engine, put a new filter and oil in it and moved on to the next part.

Keeping within the KTM family my struggles with my flat track bike had persisted. After seizing the big end bearing in the 250 engine I found a 350 engine with a siezed exhaust cam, it was cheaper than just the conrod for the 250 and I could upgrade the power productivity at the same time. So I bought the entire engine.

Its a 2014 KTM 350 XCF an American developed Desert racing engine with a 6 speed gearbox with tall gearing for fast speeds and an engine that is the same as the SX race bike.

I freed up the cam, polished it and line bored the head, it was good to go and now I had to fit it into the frame.

The swingarm mount was the same and thats it, the rest of the tabs needed remaking, I mounted the engine as low as I could, sectioning the frame on the left side for the oil screen. Its a tight fit with a 3 pice plug spanner and a magnet to even get the plug out.

After a coat of paint (export satin black) it was time to reassemble, I brought the old 1970’s TS Suzuki tank back to life with a new filler and a blast up, I would later paint it black.

The motor I bought was missing a few parts, I decided to run it withought any starter gear, bump start only, I epoxied a cover inside the stator cover to get rid of the electronic start gear.

The biggest issue with going back to a carburettor is telling the factory CDI where the engine is, the 350 is injected from the factory, it runs a trigger wheel to keep the engines parameters in check right throughout the stroke, I don’t need that, I just need to tell my CDI the right position for every rotation. It’s like removing your Motec ECU and fitting a Holley 750.

So with both the 250 and 350 flywheel I can see the multiple and singular trigger point, the 250 has a 106mm flywheel and the 350 has an 86mm flywheel, with the starter gear removed I can make a ring that has an outside diameter of 99mm maximum, that’s a little smaller so I must account for the difference in the trigger locations length, but how do I do that?

It wasnt that easy, after sweating it out up and down my street run starting it (not easy with big compression) I got it fired and running, it ran really nice and then died, I couldnt work it out.

Back in the garage I had no spark, I put another CDI from another bike and tried again, it ran then died then had no spark again, trying that CDI back on the other bike confirmed I had blown the CDI. Now these arnt cheap, I ordered a replacement from the USA for the bike I borrowed it off, then set about working out the issue.

The next three weeks I searched high and low, modifying dirt bikes is something that is virtually never done except for factory race teams, I was way out of my depth and the regret sank in that I had wasted so much time when I could have just saved my money and purchased another bike.

I then found Horse Power Ignition a company in Belgium that specializes in motorcycle ignition systems. I wrote to Willy at HPI and to overcome the language barrier I included photos of everything in my system, he wrote back to me and said I needed a 12v CDI containing the stock 2014 350 XC-F map, using the trigger system from the stock flywheel, a voltage regulator and a 12V battery with coil, mount and loom. I was so happy to hear that there was someone in the world that could answer my screams for help. For roughly $400 aud he was building it and it was on its way. Thats less than a stock CDI unit from KTM.

So it just arrived and I am in the process of wiring it in, its super simple and everything is neatly wired. I cant wait to reach this things full potential on the racetrack.

Its not the only KTM thats getting some work

Deans big 640 that I built and maintain for him blew a headgasket and melted the head and bore, after getting prices on the parts to replace these made fixing it more expensive than the actual bikes purchase price.

The heads “Soft” so it may not last too long but its running, I replaced the piston aswell and rewired the entire bike, you start to understand how much happens in my little garage.

So while I am talking two wheels I have something else to show you.

This 1973 CanAm 250 was bought by my good friend “streetfighter” hes moving onto better things and we made a deal on the bike, so I am the new owner of a vintage flat track race bike, I love this thing, but I HATE yellow.

So I stripped it down that afternoon, from factory the motors are black, 3 sessions with paint stripper got it back to raw magnesium and alloy, these motors where way ahead of their time, they cleaned up in the AMA motorcross series and Rotax where a force to be reckoned with. It runs a rotary valve intake which is something I had never seen before.

I took the frame to my powdercoater Daniel at ColourTech in Moolap, he always does a great job.

Then resembling it after replacing a few bearings and seals.

While giving everything a good clean.

Its so much fun reassembling a motorcycle when everything’s clean and sorted, this bikes so simple it only took an hour.

I had to buy a blank sprocket (they are like 30$) and then drill and bore out the holes to suit the very rare rear hub it runs.

Come to my next event to see it in action

Oh and I built another bike inbetween all of this, more on that soon.

So thats a quick run down of how I have been spending my time, I know its gets a little crazy in my garage nearly every single night and weekend but I feel like I making moves into having the two wheeled machines in check and then moving onto the PS13, its not forgotten I just want to get these two wheeled machines out of my mind first. 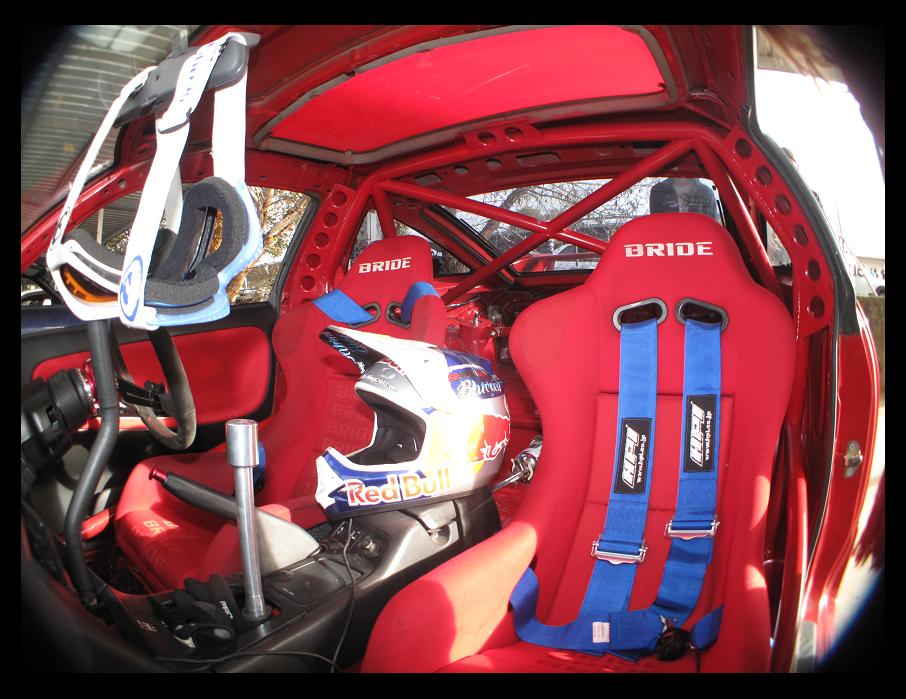