After having so much fun inside the car at QLD Matsuri, then WTAC the week after I was starting to notice that the Quaife QBE69G wasnt performing like it used too. When I got home I lifted the Hilux up on its air jacks to give it a clean out.

As you can see it picks up a lot of rubber.

And the only way to get it out is to shift the mess with some compressed air.

So I thought I would take the chance to fire it up and run through the gears, sure enough I shifted into 4th and it felt pretty crappy, then clunk and the transmission locked up.

Sure enough it all had to come out.

Just a few minutes later I had the housings off the gearbox for the very first time to see what was going on.

The dog engagement rings had some wear, as a driver I have to shift harder and faster to make these last longer.

But the real issue was the broken selector forks pin that slides inside the rotating gear assembly.

Not to mention the broken housing where it bolts to the floor, ill take the blame for this as in NZ the rubber bushes collapsed and with no support or tools I had to solid mount it to the floor, meaning there was a lot of stress going through this housing.

So I wrote down all the part numbers and emailed the guys at Quaife, sure enough everything was on the shelf ready to be shipped so I put my order in and just days later a box from the UK arrived with all of this inside. If you go way back through the posts you will remember I bought this gear box last year, I found it second hand (but new) in Australia for $14,000. Financially it was the biggest investment I had made on this car but it would have been over $22,000 direct from the UK. The sum of the new parts were just a bit over $3,000 so as it stands now this gearbox is a huge investment.

This gearbox has given me a true insight into proper motorsport machining and engineering, yes expensive and yes its overkill for a privateer “home built” drift car but its the icing on the cake and after you work on something like this after years of dealing with standard gearboxs you begin to understand the value.

But if you cant repair it yourself then whats the point of having a repairable gearbox?

This nut holds the whole mainshaft inside the bearing case, theres no way you could undo it without holding the gearbox in some form of cradle.

So I started to plan and build a little cradle to hold the gearbox on the bench.

15 minutes of work can save days of pain.

With 45 degree cuts and some work on the TIG it was coming together.

The frame is done, now for the mounting of the gearbox.

The bearing plate has two M8 threaded blind holes for this purpose.

Now all I need to do if slip the gearbox in and bolt it up.

As soon as I cracked the large center nut the whole thing just fell apart, nothing was pressed in or a pain to remove, it was pure mechanical art.

Back to the bearing plate and now time to reassemble.

With the new parts slipped onto the shaft it could all slide back in.

Next was the selector drum.

Then the secondary gear shaft.

With everything just sitting in the front end the rear parts could start to slide on.

Still nothing has been done up and tightened.

The selector forks slide over the shaft and cup the dog rings.

With one on the backside of the bearing plate.

Everything was cleaned with degreaser and blown off with compressed air, but the mainshaft thread needs to be clean before the nut can be tightened.

With a small smear of loctite.

At this stage the hardwork is mostly done.

Its the pulling down and cleaning that takes most of the time, the reassembly can take place in less than half an hour.

With the front housing all clean it was time to slide it on.

Always making sure nothing is fouling and the reverse gear has made its way inside the housing neatly.

All the way home.

Circlip on the main bearing.

Then the mounting of the clutch throwout assembly, I remeber making this last year, Im glad its a perfect fit, the dry brake hose holds the fluid in so I don’t have to rebleed it, its the best thing I have ever done.

Now to slip on the new unbroken rear housing.

Now if you were to ever build a cradle that mounted this gearbox like I have make the tail mount removeable so you can slip the rear housing on, that’s one lesson I learnt the hard way.

With the shifter and bellhousing on its job done!

Then slipped the gearbox over the clutch and tightened the bellhousing bolts.

Already to go back in.

Just like last year the Geelong Revival Festival will be the test ground for the gearbox and the changes I have made. Financially this car puts a lot of stress on me, theres a heap of things I would love to do with it but it seems like every-time it leaves the garage it also leaves a hole in my wallet, I guess thats the pain of privateer motorsport. 2015 might have to be the year that I bring the 180SX out from retirement. 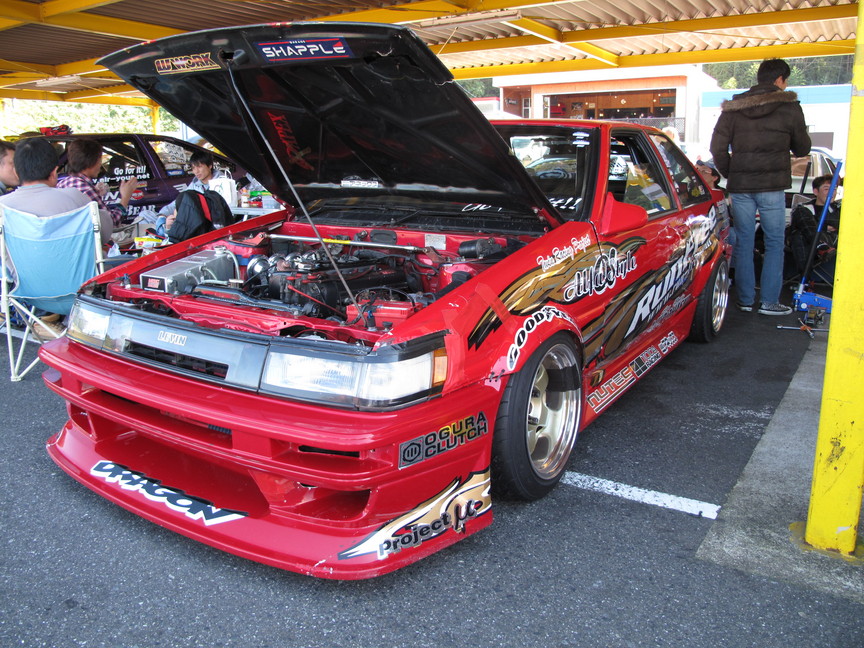