The Geelong Revival is a very special event, held over two days in a stunning location, hundreds of the worlds most prestigious race cars from all generations come out of retirement and push the boundaries of traction to put on a display that makes this one of Australias greatest Motorsport Festivals.

As a kid I loved coming to the waterfront to see the wide range of cars both on display and on the racetrack, very rarely can you get to see such a wide range of cars in one place, I would say this event has definitely shaped the things I love most about race cars, having the ability to get up close and personal with machines from all eras gives you the chance to see where motorsport has come from and where its going.

So when event organizer and good friend Scott Pigdon asked me if I would like to be a part of this years event I couldn’t refuse, I was so excited to be able to not only display what I have created but also drive the track and put on demonstrations for the crowds. As a static display things were going really well, its a great chance for me to chat with people who have been following the build and answer questions about the Hilux and what ETS is all about, to be honest I was blown away with the reception that people gave me, from those that were laying eyes on it for the first time to those that have followed the build from the start everyone gave me a really positive vibe and I was excited to show them what the Hilux was capable of on the track.

Having had the Hilux running in the garage with the new rockers in the head, the new clutch system, gearbox and tailshaft I was more than excited to get it out on the circuit, saturday morning arrived and during warm up there were apparent problems, the charging system was not giving me solid figures, this is where things went down hill. The clean idle it did have wasn’t there anymore so I killed the engine, regapped and fitted a set of new spark plugs, it wouldnt fire back up and this is one issue I have got with the electronics on this car. The Racepak Smartwire is a great system but it has one major flaw, on crank the voltage drop from turning over the motor causes the Smartwire to shutdown all systems it controls, so when I flick the ignition the ecu is powered up, fuel pump primes, then I hit the starter and the motor will turn over but nothing else will happen.

With the jumper pack on the battery it still isn’t good enough, this is where my friend Gavin got to work (thanks mate) he grabbed a set of jumper cables and we jumped the battery onto the 180SX which supplies a clean 14v on idle, this fired it up but it wasnt good enough, I can’t be having to jump start it every time I need to head out. Gavin came up with the idea to power up the ECU independently by stripping the ECU power supply cable and running power directly to it so even when we had voltage drop on the cranking cycle the ECU will still be powered, the crank and cam trigger would supply the signal to spark and fuel and we could get it running.

This was all really frustrating though, with all this messing around the plugs were fouled and I was rushed out onto the startline, the plugs wouldn’t clean up and it was a messy run with the the engine not performing at its best. In the staging area for the return road back to the pits the volts readout on the dash had now dropped to 12.1V signalling I wasn’t getting any charge from the alternator. I made it back to the pits before I lost all power and parked the Hilux for the weekend, I was really disappointed, the first “Denso Mini” Alternator had died on the first dyno day to be replaced with this one, the first proper drive the wastegate seized open, then the gearbox broke, 2 rockers broke and now another alternator and I still havn’t been able to drive the Hilux like I intend too.

With time running out to get everything prepped for New Zealand I feel like im deep in the unfinished zone again, it was meant to be a simple shakedown run for the new gearbox, just like the Sydney event I now have to unload a car that isnt running and pull it all apart, this weekend just gone was my last chance to have low cost track time.

I dont really know what to do from this point, I am going to ditch the alternator and swap it for something I know is reliable, this means a new bracket, new adjuster, new pulley and different wiring. I dont really understand much about electronics and when I built this car I tried to select the simplest systems that will be the most reliable, its not rocket science and Im not pushing any boundaries with this car, I only ever wanted it to be reliable and its starting to test my patience.

But how was the gearbox? Ill get to that in another post.

This weekend was a huge effort, I didn’t stop from after work friday till midnight sunday night, I still have to unpack the van and the trailer so there will be a few nights work still get to everything back in place and start work on the Hilux, I want to thank Celia, my Mum and Dad, Gavin and everyone who came up for a chat and gave me some positive reinforcement, I hope next year I can attend the Geelong Revival with a reliable package that will show the full potential of the build, till then its back to the drawing board. 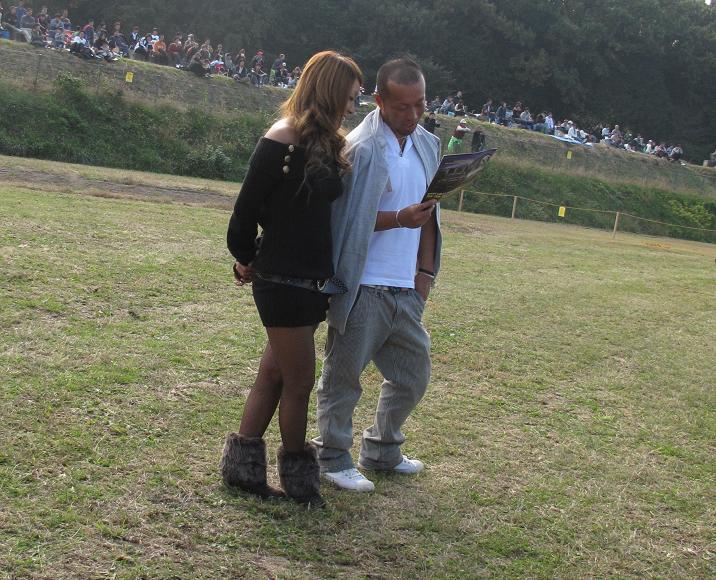