I had never been to Meihan Sportsland before and it was the one place in Japan i was dying to get to. After the perfect weather at fuji Speedway the day before sunday brought constant heavy rain on our trip south down the highway. I had no idea anything would be on or if any cars would be there so you can imagine my excitement when this view greeted me. The Osaka region breeds its own style of drift car, the Meihan walls have a lot of say when it comes to damage aswell I usually love to show you interiors and engine bays but i didnt want to impose too much at a small meeting like this. I couldnt keep my eyes off this 180SX Team burst need no introduction and neither do their cars, built for one purpose and that is rubbing tyres on doors Early Toyota in black and white S13 in a different kind of two tone Stagea sitting in the pits is good shelter for pit crew Black S15s are special to me, did you know i have one but have never driven it? Yea weird i know… 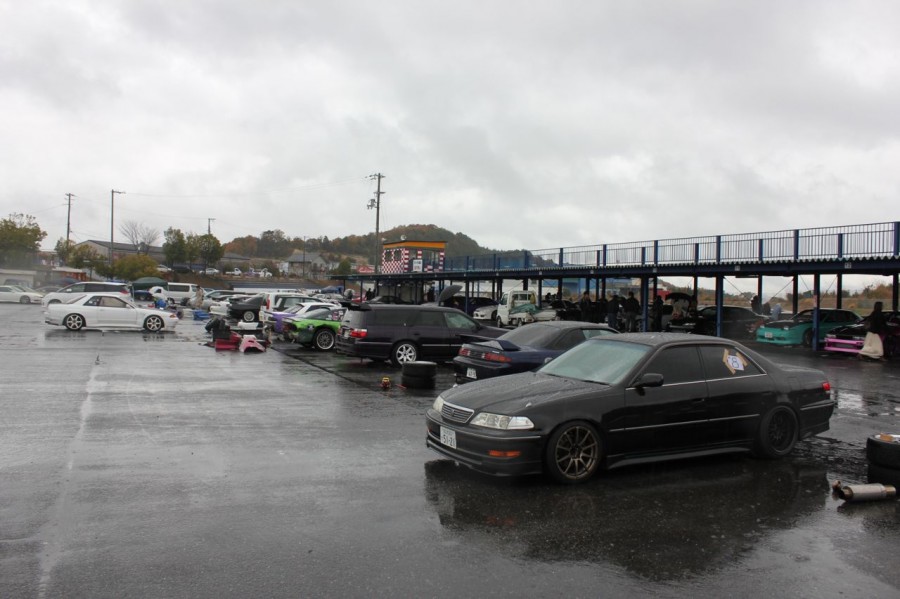 Freezing cold and drenched, its all worth it This white S14 rocks a fair bit of character scars Cool JZX was so fresh in white 30-37 plates indicate some serious SR20 setup, it had big brakes too, super clean all round. This C35 looks evil from all angles It dosnt always go to plan Ill finish this post with one amazing 180SX, stacks more to come from Meihan, next post…. on track action