About 7 years ago i built an air bagged minitruck Hilux, at the same time i had a 180SX drift car that i was also working on and competing in at the time, i don’t think i ever really thought about the whole Hilux drift thing until a few years later, i fell in love with the simple body lines and strong build of the Hilux sheet metal cab and at the same time i fell in love with the nissan driveline of my 180SX, subliminally something switched in me around that time and i never really got over it, the thought of combining the two then echoed within me until i could hold off no longer. It was going to require some thought, some SERIOUS thought, combining two vastly different cultures into one car can be a hard thing to pull off. 1 and a half years ago this Hilux took the long drive home from sydney with me and sparked the build into reality. Now it sits in the shed with a whole new lease on life.

Last week the roof gutters were shaved, doors shaved, mirror holes shaved and all sheet metal cleaned up with a lot of prepsol and thinners. I can’t thank the guys down at Bodytek Geelong for the help in laying on the primer coat, with it home again i could rip into all those jobs that i knew were coming from the very start. Massive thanks goes to my Dad who found the door lock mechanisms for me so i could build these door levers, its a simple one finger pull to operate the doors from both the inside and outside, the polycarbonate widows have a hole in them to allow outside access. The windows are 3mm polycarbonate clear made by Lexan, yes thats right, lexan is the brand not the actuall type of window. Ive never made these before and was a little concerned at how i would go, it was dead easy to tell you the truth, the hard bit is actually making the template, do yourself a favour and buy a sheet of 1mm polycarbonate to cut the template from, mark the holes and everything on this so later on you can keep it for the master if you ever need any more windows. A sheet of 3mm (2400×1200) is $127 and will do basically an entire car or three hiluxs :0 I thought long and hard about mirrors, i wanted the overall effect of this build to have a slightly year 2000 look about it, wheel choice, body mods and the overall effect could not look “cutting edge” otherwise it would detract from the look i was going for. If Toyota built a TRD Hilux in 2002 i would like it to look like this one. After searching around on ebay i found some carbon mirrors from Germany, I’m not a massive fan of the “F1” style mirrors but i think these work. I made a 3mm alloy panel that bolts into the factory location using the factory holes in the sheet metal. The final piece of the puzzle is the the RH rear quarter panel, painstakingly hand shaped over the rear axle jig i made it was finally able to be picked up from IPTA in Geelong, IPTA consists of Bob and Laurie and they mainly build speedway bodies for a lot of the victorian speedway drivers, i used to work with Laurie and i am super happy with the job the boys did on the guards. They produced a mould of the “plugs” that i shaped for the rear panels and tailgate, once the mould was done they produced a panel for each and then gave me the moulds so that i can make as many as i want in the future, the entire rear end is now complete and i am so happy, you would be amazed at how light this “lift off” rear end is, the frames made from 16mm x 1.2mm tube all hand bent with a plumbers hand bender. 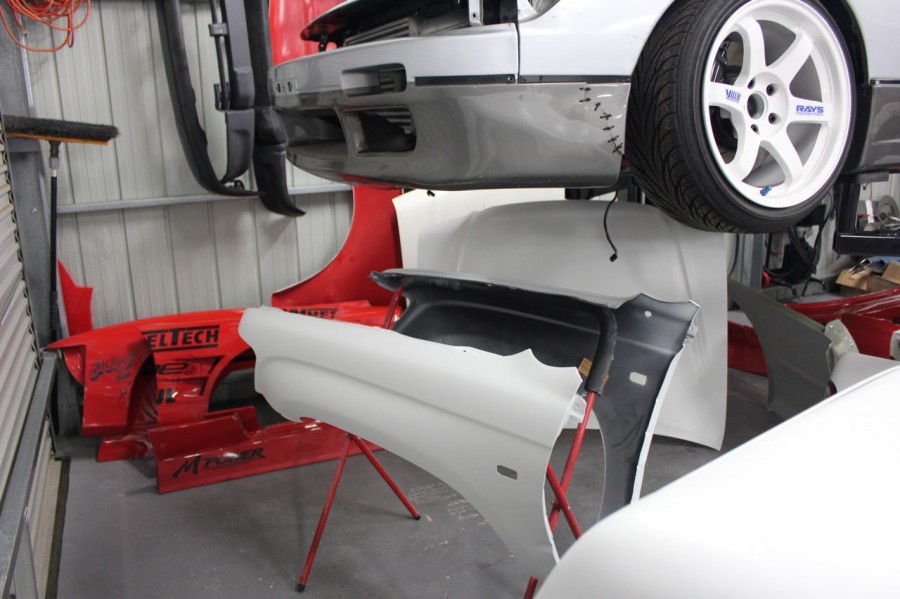 The front fenders and bonnet are factory 4WD items that will be reworked, the front fenders need a good 100mm of pump and a slight radius to clear the wheels with brakes fitted. The bonnet will have extensive venting that will be done after the radiator and intercooler are produced. The entire front face section is all factory toyota and will all be screwed together so that all the separate items like grill, headlight surrounds, headlights will become one panel.

All these panels were fitted and i can’t really describe the excitement of the “complete” look, your going to have to wait 10 days to see it though….. sorry. 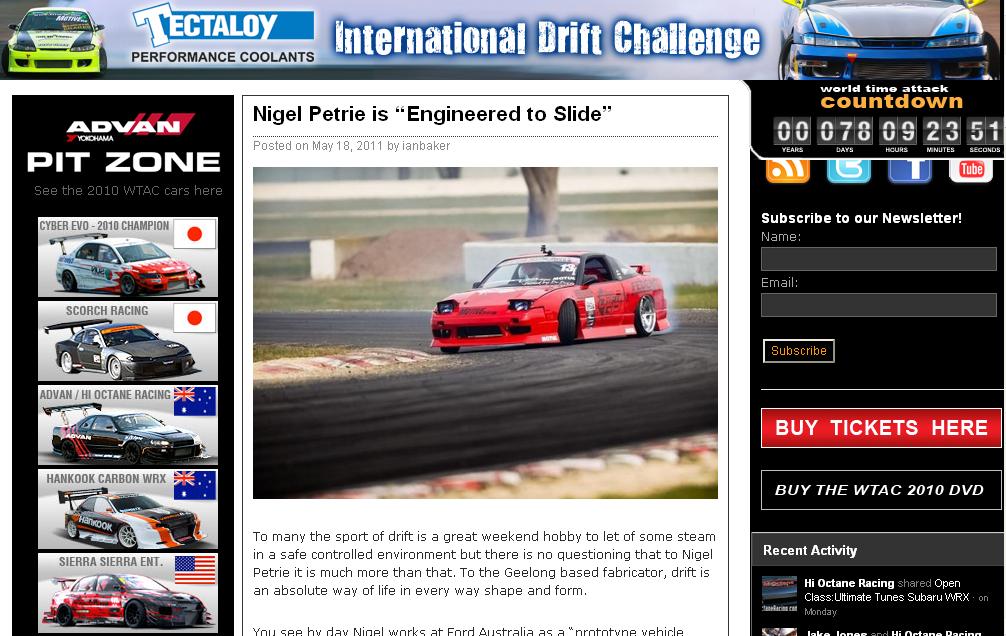